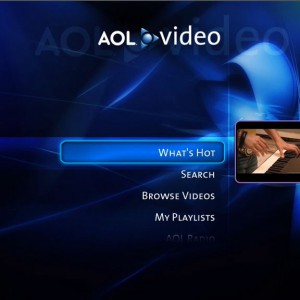 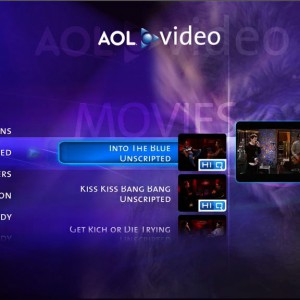 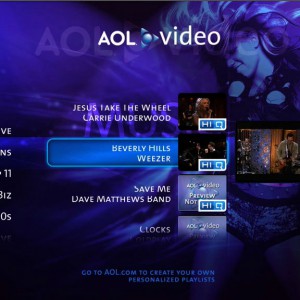 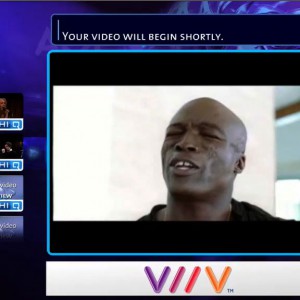 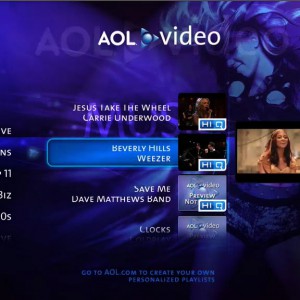 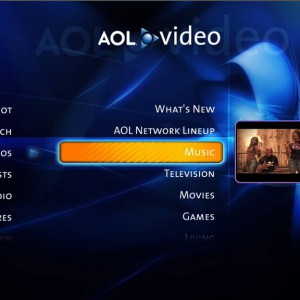 In a partnership with Intel utilizing their VIIV technology, AOL demonstrated their new settop digital video recorder to the 2005 Consumer Electronics Show. They contracted me to create this demonstration using Macromedia Director, originally thinking it could all be done via the timeline. Realizing that this was slowly becoming more of an R and D job for what the set top box would become, I needed the flexibility of easily changing branching, media and logic, so I instead opted for the fully programmed, one-frame-timeline approach that all Director geeks strive for.

The demo was nearly fully functional, controlled completely from a Media Center PC remote. Videos could be controlled, viewed at various sizes. Multiple ‘feeds’ could be viewed, and information regarding each feed, or each video could be seen, playlists created. Advertisements and branding were inserted into playlists.