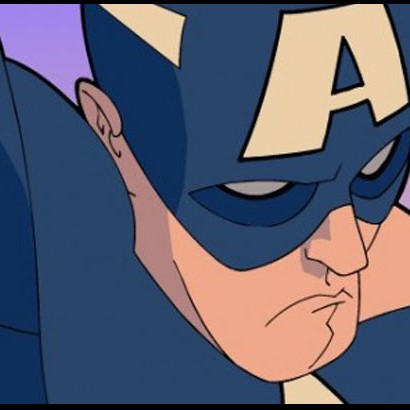 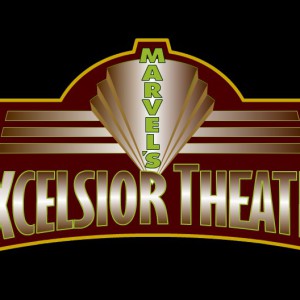 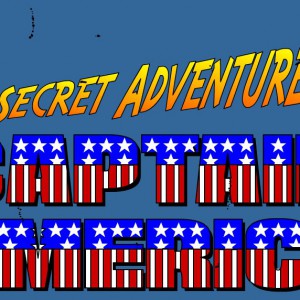 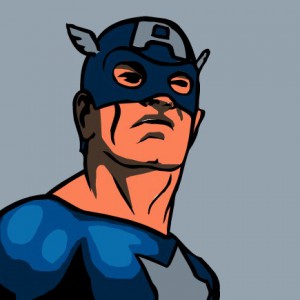 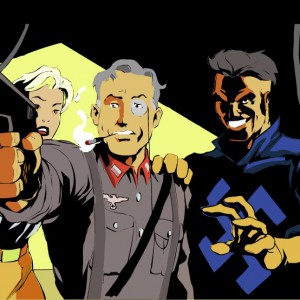 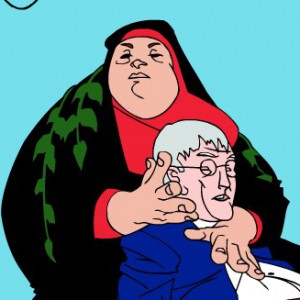 Not only were we creating weekly Cybercomics, but we also started to make a monthly serial in the vein of the old radio shows. The Secret Adventures of Captain America were written by the likes of Ben Raab (now doing Warehouse13 on scifi), James Felder and Joe Kelly (co-creator of Ben 10) – it was actually quite the trip and very guerrilla made. I think at the time it was Flash 3? Flash 4? So it was very rudimentary stuff being made at the time. I remember there was a whole lot of tests made in terms of coloring/artwork to get John Cassaday‘s art to look right; and how the sound streamed at the time (it amazes me that we’re talking 12 years ago thereabouts… wow Flash has been around for quite some time…. I remember FutureSplash coming out, and when Shockwave was released (strangely enough I happened to be reading the John Brunner book at the time). The dcr had a doc type of FGT (fried green tomatoes I think)… sorry, old man digressing…

When we wrote an epside I’d lug my huge DAT recorder / mics into the city. We’d do some run throughs — and believe me all the writers got to partake and do voices.. I, as luck would have, got to be the voice of Captain America himself
🙂

After a few run throughs we’d go into a closet within the Marvel building (the opposite of glamorous). I’d record each individual part out of sync — John Cerilli would sometimes play the other characters during recording (by the time his parts were recorded he’d have the appropriate throatiness, so two birds and all). I remember having such a crush on Polly Watson even though she was a blonde..

After we’d get all the parts, I’d go home and digitize (on my $1000 Lucent Technologies digital audio card — ah back in the day before the MOTU came out). I’d snip all the audio into pieces in Opcode Vision (OS9 baby), and arrange them on multitrack to have a semblance that all the characters were in the room. At that point I’d mix down to a scratch track and send it back to the animators who’d animate against that for the timing.

After animations were done, I’d get the files back – I’d convert them to Quicktime and play them in Vision, and sort of lock via fake SMPTE so I could do the audio themes, sound effects and any changes to diaglog that might be needed. I’d usually create audio files to each Flash scene.

Once done, I’d reimport the source .aif and then output the Flash file — for some reason I’m still thinking the original outputs weren’t really using .mp3 at the time; I think it was just starting to take off. I remember definitely doing some work using my Mac clone (where have you gone Gil Amelio). Ah, the good old days.