Michael Jackson, Music, and Using What You Got 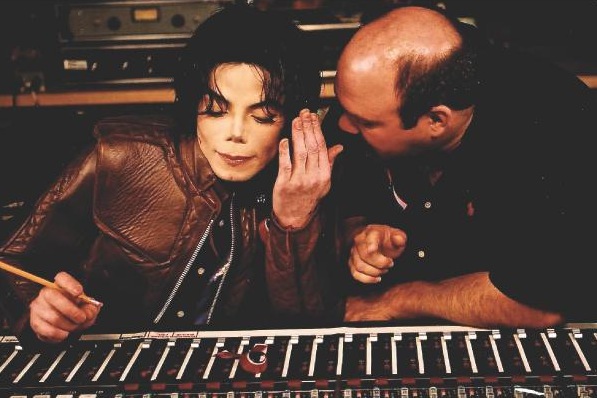 The King of Pop must’ve been a fantastic, musician, right? An entertainer since he was 7 who had performed for millions, recorded a slew of albums and topped the charts for years must’ve been an accomplished musician, correct? Turns out that even though he could dabble on keyboards and guitars he couldn’t read nor write a note of music. What he DID have though was his ears and his voice.

I had just read the article on NME about The Incredible Way Michael Jackson Wrote Music and was honestly blown away — he would hear the song in his head and record demos only using his voice; slowly building up a song via multi-track recording starting with the bass, note by note of chords, vocal parts, melodies, until it was complete; until he could nearly dictate the notes to the musicians on his albums. The recordings of these examples are phenomenal; pitch perfect he uses his voice to emulate various instruments, percussion, drums…

I’ve got to remember this the next time I think I’ve got to learn something new, or that I just “can’t do it” until I learn X or Y. I’ve got to focus on what I CAN do and just get it done.

As an aside, the recordings of the court case for the song Dangerous are interesting as well — a woman with no real history of a songwriter (not trying to negate anything she’s done but she hadn’t done it professionally yet) – claimed that she had left tapes of her song ‘Dangerous’ for Michael to hear, and that he had ripped off her ideas without crediting her — as if he’d ever need to. The thing that struck me more than anything is that the court didn’t even get how songs are recorded —when Michael was trying to explain that there’d be copies of multitracks of older songs that the engineers had access to (because Dangerous came from a version of an older song named Streetwalker) the prosecuting attorney tried to ‘nail him’ that he wasn’t telling the truth. If anything I’ve got more respect for Michael; he might’ve been odd or kooky; but he had a universe of talent.